The Origin and Prospect of Taiwan's Hospice and Palliative Care 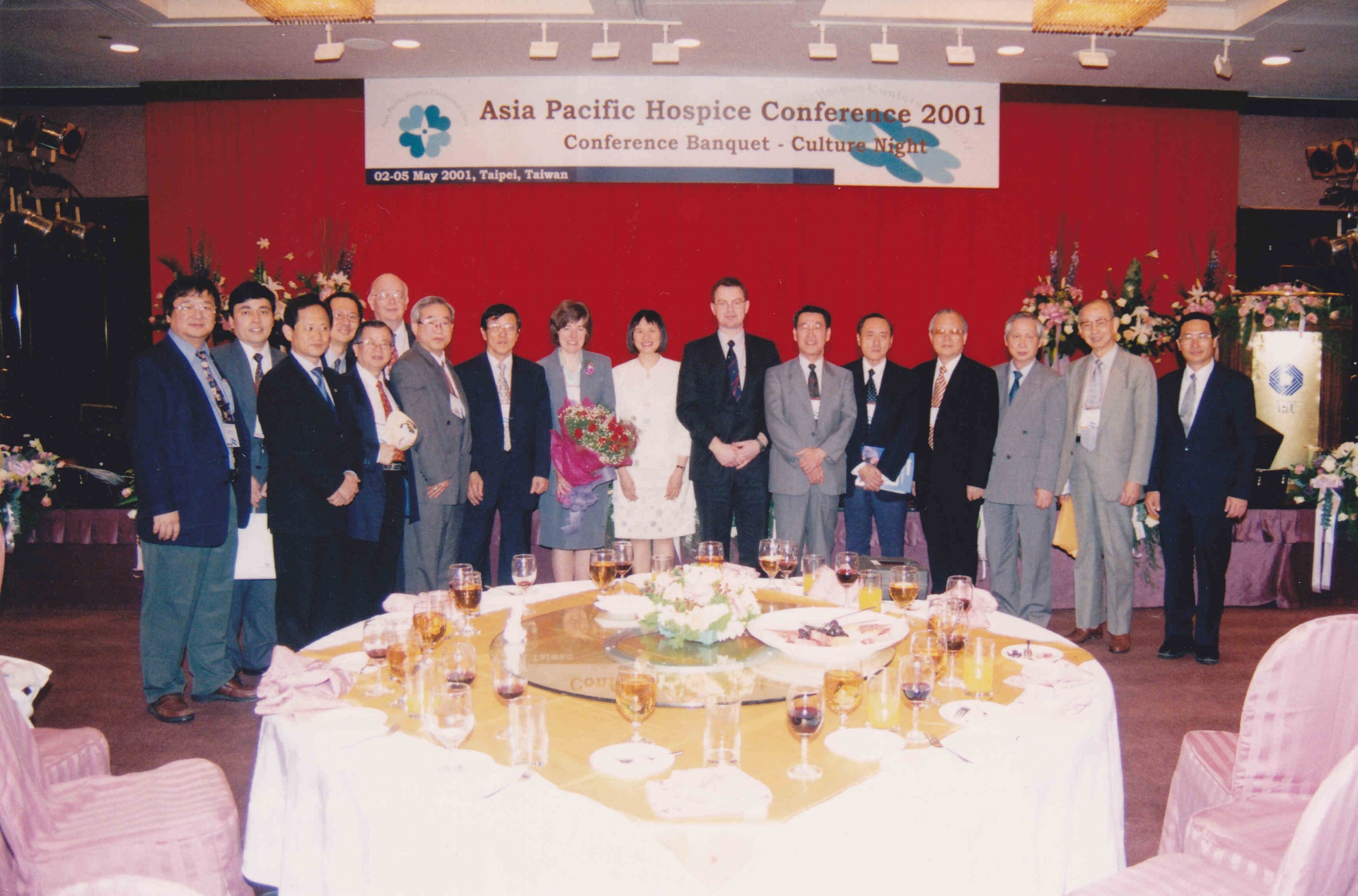 Surpassing its 30th year, Taiwan’s hospice and palliative care is definitely not something that could have been achieved by individual strength alone, especially when there was no previous model or structure. Along the way, it consisted essentially of the stories of a group of suffering people and another group, who received the calling and gave their love.

Looking back at the hospice and palliative care in this land, we can call it a fire prairie kind of ignition, which burned on the original tinder love. Thank God for His guidance and protection, which made this love ignite in the hearts of many compassionate people. Full of wonder, God allowed several flames of love to gather and burn in unity so that society could see the need for care of terminal cancer patients. The whole process in these 30 years has been like the Lord leading the Israelites out of Egypt:

"Yet the Lord says, “During the forty years that I led you through the wilderness, your clothes did not wear out, nor did the sandals on your feet. You ate no bread and drank no wine or other fermented drink. I did this so that you might know that I am the Lord your God.” (Deuteronomy 29:5-6, NIV) 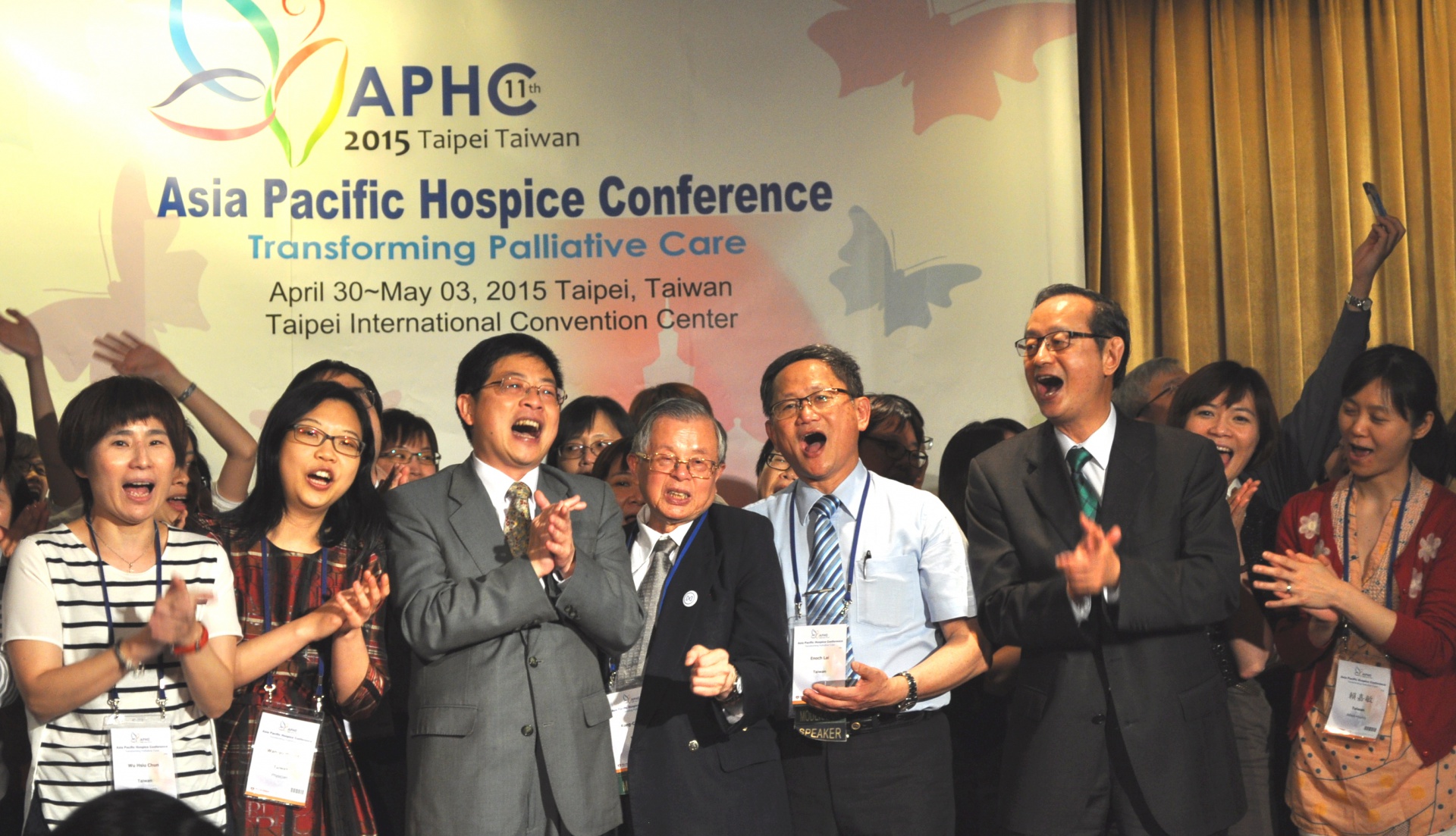 "Truly I tell you, whatever you did for one of the least of these brothers and sisters of mine, you did for me.” (Matthew 25:40, NIV)

In 1983, the concept of hospice and palliative care in Taiwan ignited like a tinder. In February 1990, Mackay Memorial Hospital (“Mackay Hospital”) opened the country's first hospice ward, which made Taiwan the 18th country in the world with hospice wards. The Coconut Fellowship Group of Shuang Lian Presbyterian Church planned to raise funds to purchase a pipe organ and donate it to the hospice ward of Mackay Hospital, hoping to use music to comfort people. This action aroused the attention of the social services office at Mackay Hospital, which then participated in the planning and co-organization. The Here is Love thanksgiving and fundraising concert was held amid the cooperation of church members, the medical profession, and the caring people in society; as a result, the Republic of China Hospice Foundation was established. In the following ten years, the concept of hospice and palliative care sprouted.

Along with Kung Tai Catholic Sanipax Socio-Medical Service & Education Foundation, Buddhist Lotus Hospice Care Foundation, and Hospice Foundation of Taiwan’s continual research and promotion, and the establishment of Taiwan Hospice Organization, the influence of the public strengthened as more people joined this medical and humanistic trend of "good life, good ending, and respect for life,” which in turn attracted the attention of the government. By entrusting training programs and running a subsidy pilot scheme, resources were incorporated into the development of hospice care. As a result, in 1996, the pilot program of Hospice Home Care Benefits and Subsidies was launched, and standards for hospice hospitalization and setting up ward in home were established.

To put the training and certification of specialists on track, Taiwan Academy of Hospice Palliative Medicine was established in 1999. The Hospice and Palliative Care Regulations, which was passed in 2000, was the first Natural Death Bill in Asia. Taiwan was also the first country in the world to include the term "hospice and palliative care" in the bill, which brought Taiwan's hospice care to a new growth milestone.

It has been ten years since the establishment of the first hospice ward. During this initial period filled with amazing people and wonders, it was God who walked with us through the valley, allowing us to rely on Him and have strength in the wilderness, so that the initial love would not have been reduced to impulse, but continued with more confidence. 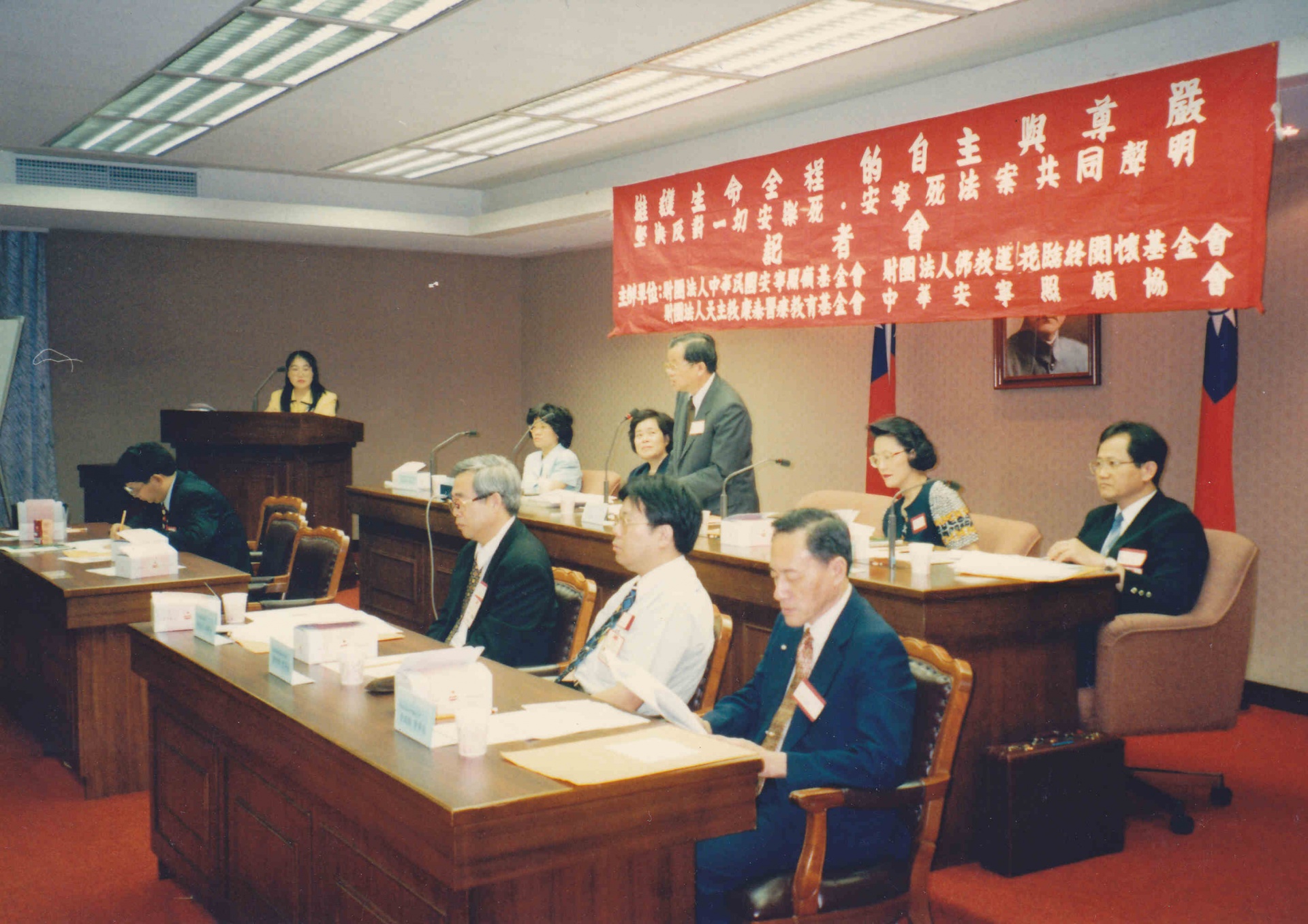 Milestone: Expanding the scope of care to cover non-cancer end-stage diseases
and becoming an international participant

God was our greatest navigator because He said:

"See, I am doing a new thing! Now it springs up; do you not perceive it? I am making a way in the wilderness and streams in the wasteland." (Isaiah 43:19, NIV).

The initial period of hospice care with amazing people and wonders had entered the stage of growth. The subjects of hospice care were no longer limited to cancer patients, but expanded to include ALS patients and the eight non-cancer end-stage patients. The goal of care covered the whole-person level of life, mind, society, and spirit; and became an all-five complete care to include the whole person, the whole family, the whole process, the whole team, and the whole community. Training courses and learning were successively provided.

Internationally, Taiwan was a founding member of the Asia Pacific Hospice and Palliative Care Network (“APHN”), with two director seats, and hosted the Asia Pacific Hospice Conference (“APHC”) twice, in 2001 and 2015. This enabled Taiwan’s hospice and palliative care to communicate with the world in clinical medicine, research, teaching, and policy and thus, made Taiwan more visible. The original sparks had become raging flames that continued to burn; the seedlings of hospice care had grown and flourished all over Taiwan.

Through non-governmental exchanges, training courses and lectures organized by the association, the society could see that hospice care and life education, and the issue of death could be discussed and paid attention to. Under such a social atmosphere and initiatives, the third revision of the Hospice and Palliative Medical Regulations was completed in 2013, so that hospice care could achieve the concept of preventing suffering and refusing useless medical treatment. 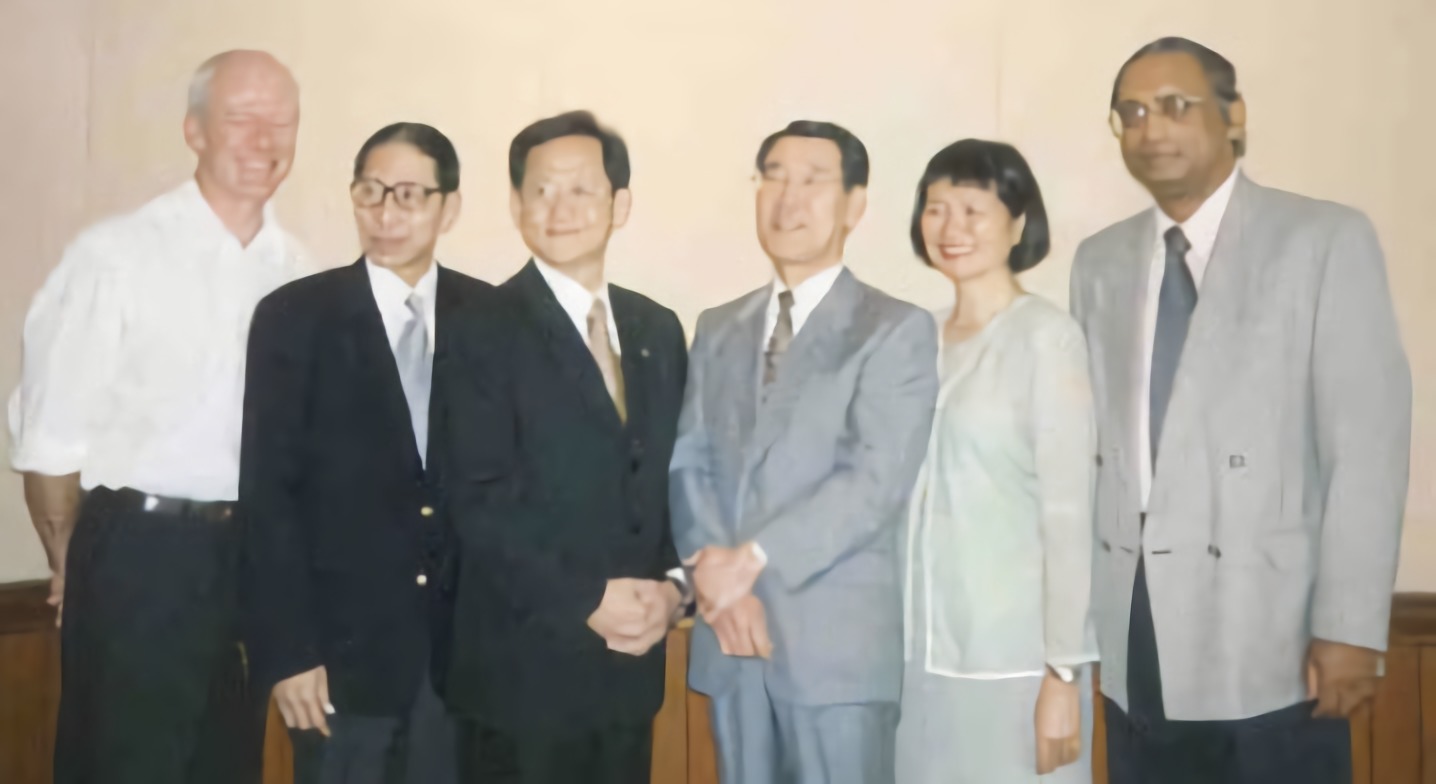 The transformation after growth has been challenging. The initiation of hospice care, in response to the needs of various types of suffering patients and their families, must also enter mainstream medicine and integrate with acute and severe illness, long-term care, early intervention, and community medical care. More caring people must see the needs of suffering souls, and promote early preparations for one’s own medical care. Additionally, people's awareness of death must be improved so that the core of the problem of the last mile will no longer just concern first aid, intubation, or extubation options. The Patient Right to Autonomy Act was passed in 2016 and officially implemented in 2019; this was the first special law in Asia to fully protect the patient's right to autonomy.

"If there is a way, let's sing along the road; if there is no way, let's cross the ridge and the river." This saying has touched the hearts of many people recently, and it appropriately describes the trajectory of the development of hospice and palliative care. Over the past 30 years, the suffering of patients has been the force that has urged and taught the nursing staff to keep moving forward. 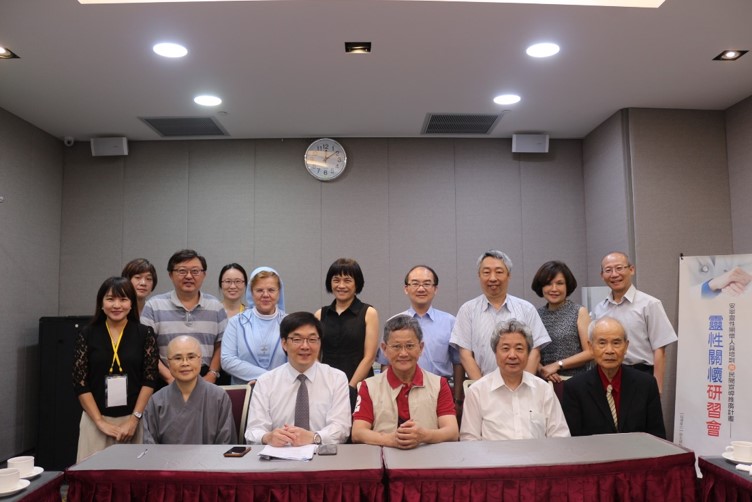 The hospice patients have experienced many setbacks. For a long time, the hospice team was regarded as a harbinger of death, and discussing DNR with patients seemed to bring an announcement of the death date. The team had relied on love and care to visit patients in the ward with guitars after work, and also figured out the local care model by referring to foreign documents. However, the protection from the Lord has allowed many people to grow spiritually due to the reconstruction of their attitude towards life, so that Taiwan's medical treatment can deeply comfort the suffering people, and the medical staffs have also received a greater mission to persevere. Just like God's promise and encouragement to Joshua in the wilderness, we should be strong and courageous because the land God wants to give us is the beautiful Land of Canaan, flowing with milk and honey.

In the next five to ten years, as we face the rapidly changing medical environment in the AI age, we will improve the numbers of cure rates and survival rates, and pursue a service model with high CP value, clinical trials in large groups, and publications of high-impact papers. One other challenge would be on how to best maintain a personalized, warm, and flexible medical treatment for all patients.

Reaching thirty years is an impressive accomplishment, but is certainly no reason to stand still; we must keep moving forward.

This is Jesus’ command to his disciples after they had fished all night and caught nothing at all. Going to deep water means they needed to leave their familiar environment with the possibility of encountering stronger winds and waves.
Similarly, only by sailing into the region of deeper waters can we experience the abundance we had not anticipated, and touch what was once intangible.

We pray for God to be the lamp upon our feet and light the way. May the tinder of 30 years ago and the flames of today continue to burn and illuminate the people around them under the Lord's care. May hospice care watch over medical care and serve everyone in need. We welcome your prayerful intercession, as we continue to sail forth. 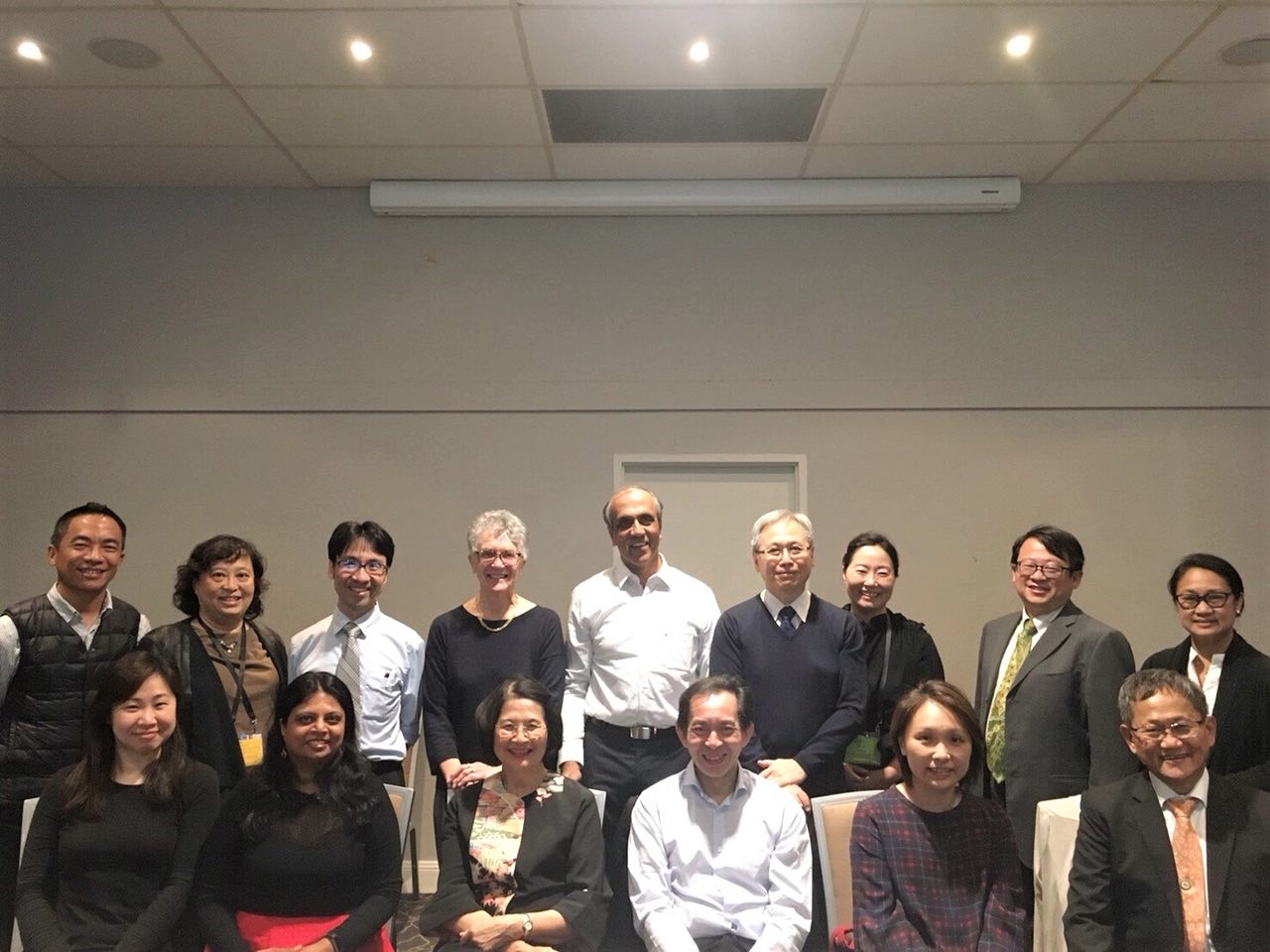