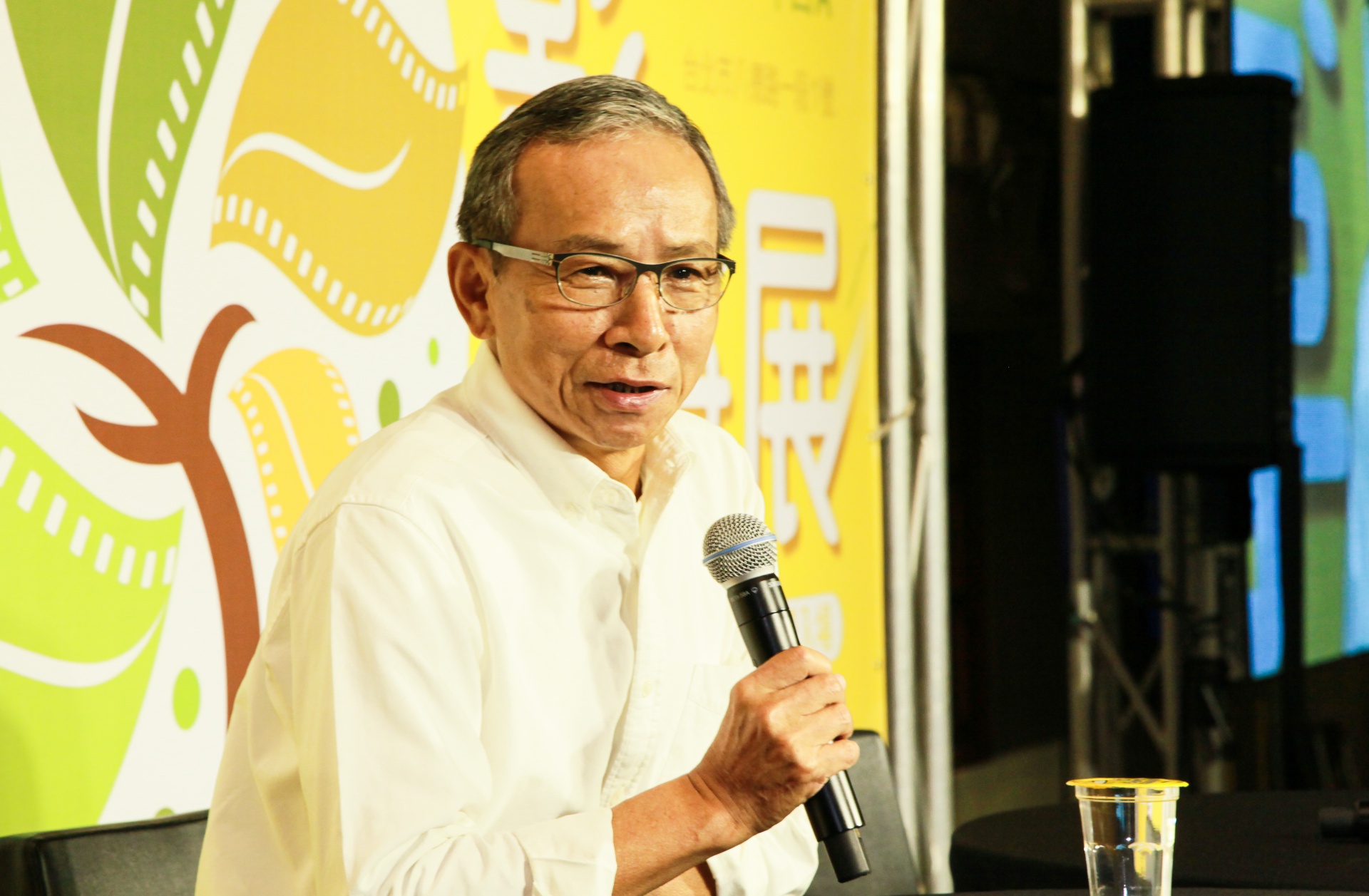 Whether a coincidence or fate, when WU promised to join HFT’s cause and advocate palliative care, he accidentally fell on his bathroom floor and experienced bleeding in his skull. His condition was critical, but he quickly recovered. Soon after his recovery, he worked with his son to present the play After You Turn Away, which was adapted from W;t, a story about a professor who becomes distant with his physician as the professor eventually dies of cancer. In addition, WU has also suffered a great deal of lost this year, as his friends Liang-jen LI died of diseases, and Reverend George Martinson S.J. and Po-lin CHI’s died suddenly in a plane crash.

Learn from the Impermanence of Life

This series of events helped WU view life in a different perspective and understand more about palliative care. For this year’s Hospice Day, he decided to go to the crowd and share about how we should leave this world.
Wu said many people avoid talking about death, which is a mistake because it is only when people are open-minded and gracious to death that they learn to respect life. Thus, learning to accept death is key to leaving this world peacefully.

The experience of slipping on the bathroom floor brought him to the brink of death, which helped him ponder the issue of death more deeply. While growing up in a small mining village where everyone knew everyone else, WU witnessed many neighbors whom he had greeted in the morning, but only to find them dead in the mines later that same day. With the main source of income for the family ceased, the bereaved families were left with both sadness and debt, and the children were forced to drop out of school in order to find work and support the family. Many moved out of the village to find work. As many of his childhood playmates vanished, WU understood the issues of separation and life and death at a very young age. He learned that being scared of death cannot stop death from coming, and that the only thing to do is to seize every opportunity to live a full life without any regrets.

Under the introduction of HFT board members Ching-ho HSU and Nien-tzu WANG, WU became familiar with HFT’s missions and tasks, knowing that HFT is not only about promoting life and death education, but also actively taking part in related legislative affairs and advocating ACP and Patients’ Self-Determination Act. He shared HFT’s vision and goal that everyone should live naturally, peacefully and with dignity until their last moment, and agreed to shoot a charity advertisement and talk about palliative care as HFT’s spokesman. Through these activities, he hoped to promote the social education of palliative care and Patients’ Self-Determination Act.

WU said people need to respect life as a natural journey. For example, for the terminally-ill patients, their lives should not be ended prematurely, but every effort should be made to alleviate their pain and enable them to live their last days in grace and peace, including to resolve relational issues. Imagine how wonderful this would be as the family walks through the mourning and grief, and later starts a new life. Isn’t this the purpose of palliative care?

WU could still remember his late mother, who had colorectal cancer metastasis in her bones. Bones are supposed to be the strongest part of our body, but his mother’s bones were extremely fragile and delicate. WU was afraid once her situation went critical and required CPR, her breastbones would fracture. He couldn’t bear to see his mother suffer and asked for DNR. He understood that signing DNR to waive away the emergency aids did not equal sitting still and waiting for death to come.

Although palliative care has now become popular among the general public, there are still dark corners that are not yet reached. Many people ask doctors to save their incapacitated family members, who mostly depend on machines for life, to the very last minute. This has made many physicians still view emergency aids as the first response, and many terminally-ill patients depend on the life-support machine for a really long time, which wastes medical resources and prolongs suffering.

The Last Arrangement of Life

“I’ve already told my son that I am going to make the last arrangement of life on my own,” said WU. Though the invasive treatment would prolong his life for six more months, the intubation and machines that come along with being bedridden deprive the quality of life and dignity. “Please, don’t let them perform futile medical treatment. All I need is morphine to help me ease and control the pain, so that I can live my last days in peace and with dignity, and I’ll be content.” This is the so called life autonomy, patient autonomy: make the decision in advance while one still has a clear conscious. Appoint a medical attorney when necessary—this will ensure one’s medical treatment will be done according to one’s will in the future, and not leaving the burden of making this important decision to one’s family.

Last but not least, during this process of contemplating what kind of closure one expects for life, one should also think about how to live before death. For instance, in order to not hold any grudges and regrets, one should seek reconciliation with certain people, events and the past. This is also how people can achieve a climax of self-improvement.

Taiwan is in transition into a hyper-aged society right now. WU, as the latest spokesman of palliative care, would like to stress the importance of completing this “last project,” and make the final and last decision of one’s life. For those who may have doubts or questions, the HFT’s toll free hotline is available for counseling and answers. 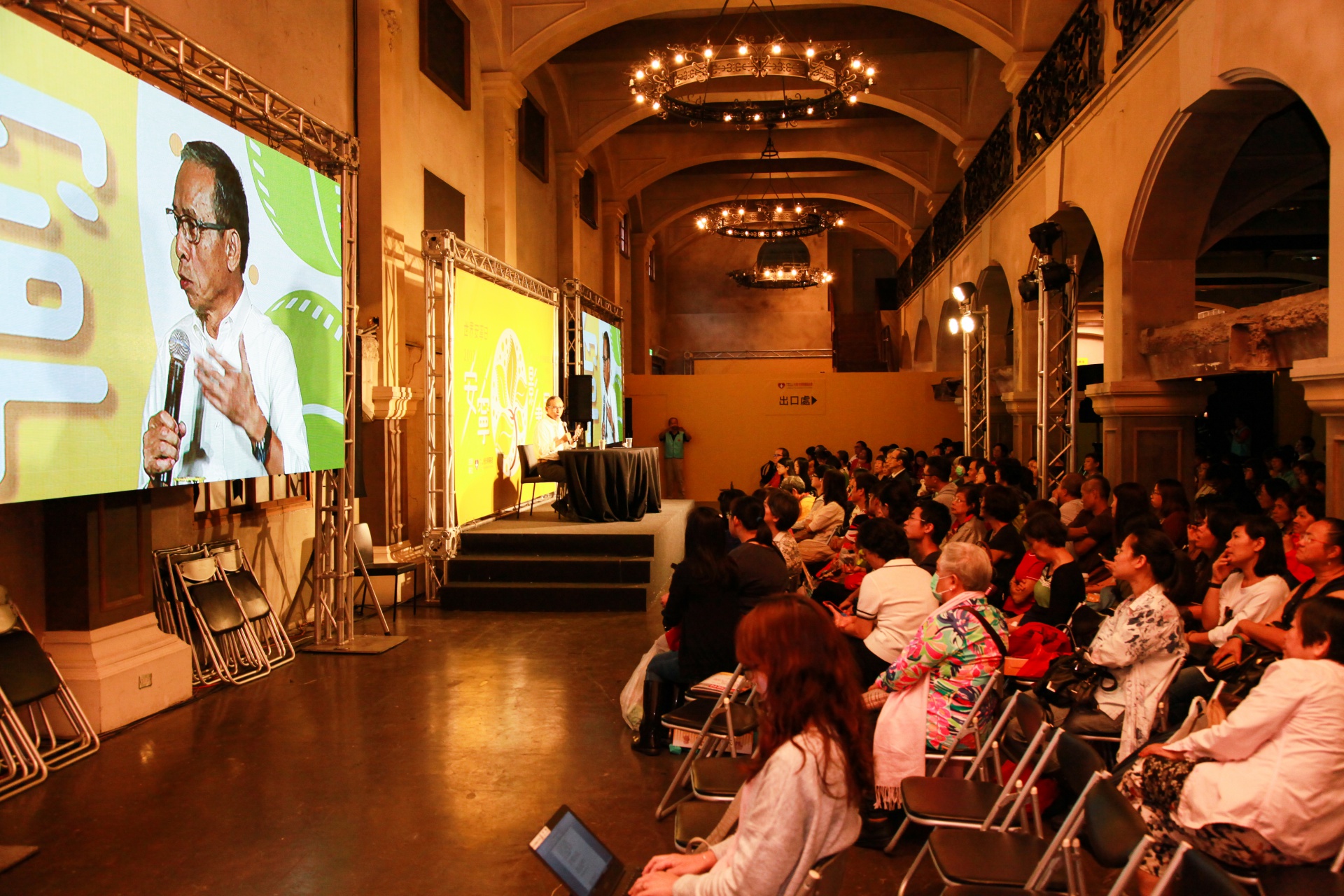