【January 2018】1- Universal Health Coverage and Palliative Care: Do not leave those suffering behind 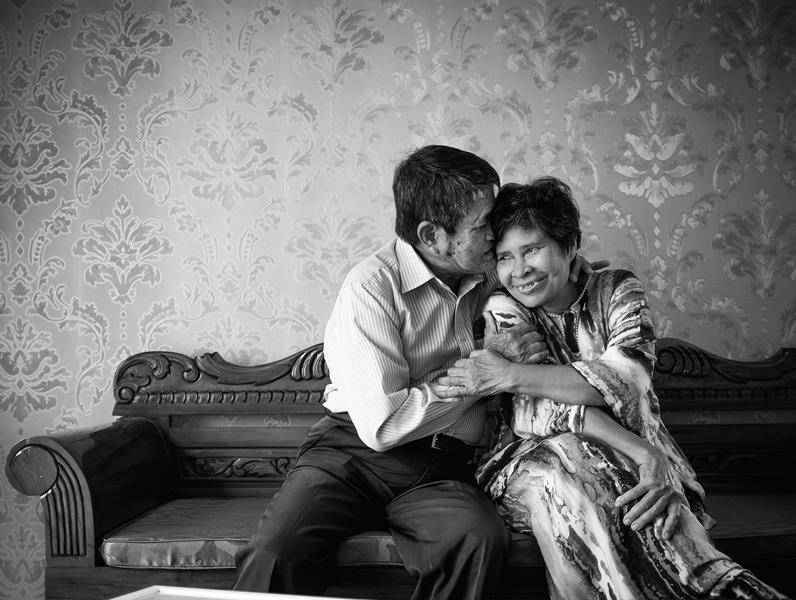 Since 2005, the World Hospice Palliative Care Alliance (WHPCA) has announced the second Saturday of October to be the World Hospice and Palliative Care Day; which has become the most heart-warming festival in October. On this day (Oct. 14 for 2017), no matter in what area, form or scale, all events echoed hospice purposes and delivered the importance of dying well and End-of-Life care (“EOL care”).

Each year, WHPCA announces a new theme, so as to build up a common goal in developing palliative care and evaluate the current status. By calling more social attention to focus on the rights of terminally-ill patients, these themes are not only slogans, but a call with a heavy heart. This year’s theme – “Universal Health Coverage and Palliative Care: Do not leave those suffering behind” – reaffirms each life has its own dignity and value, and every government should improve the prevalence and accessibility of palliative care in order to avoid the unnecessary suffering due to futile medical care.

In 2015, 193 UN member states adopted the new sustainable development goals (SDGs), one of which is to achieve Universal Health Coverage (UHC) by 2023. UHC covers disease prevention, cure, rehabilitation, and palliative care. It emphasizes every individual’s right to receive quality care, medical treatment and EOL care no matter where they are from or what their economic statuses are. High quality and easily accessible palliative care is the most important EOL care and should be an inseparable part of government health programs.

The government has recognized the heavy economic burdens put on families that have a member with a serious chronic illness or is terminally ill. The cost of futile medical care at the end stage often drags down the whole family, and can even cause the collapse of the NHI system. WHPCA reiterates that a well-established medical policy should be able to offer fair protection to all citizens’ rights, and palliative care can effectively reduce the cost of futile medical care by reallotting the limited resources and offering the poor with sufficient medical care. This can ensure that no one will face economic crisis due to medical needs, and also fit UHC’s long term goal.

Hence, WHPCA chose this year to appeal to leaders and governments to stand up and take action! The medical system in each country has its purposeful duty to protect and ensure its citizens do not suffer unnecessarily the burdens due to illness and financial stress

More than 80 countries around the world have responded to the World Hospice and Palliative Care Day (“Hospice Day”), each in its own scale and style to celebrate this day and be a voice for the rights of terminally-ill patients.

Below are some of the celebrations from around the world in 2017:

Non-profit palliative organization Josaab Foundation showed a documentary of how psychological therapists guide terminally-ill patients to confront disease and death, and provided for a spirited dialog. There were also patients, who shared their true stories and advocated palliative care.

St. Stephen’s Hospice opened its gate for the public to have a walk-in and learn more about what a hospice institution stands for and offers. Pianist Gaston Etchegoyen was also invited for a charity concert.

The Hummingbird Hospice had an open house on Hospice Day. This hospice stressed the importance that terminally-ill children should still enjoy their childhood while fighting against their diseases; at the same time, their families can find support by connecting with each other. As part of the celebration, there was a jumping castle and also a facial painting stall for entertainment.

St. Francis’ Hospice hosted a Super-Business-Hero-Friday and invited people to purchase 100 Superhero Lollipops and superhero outfits to gather donations and show support. By doing so, it hoped to send a message that everyone can be a palliative care super hero.

ICPCN encouraged individuals or organizations to promote hashtag #HatsOn4CPC to draw the public’s attention to the insufficient resources and uneven distribution of palliative care resources .

Hospice Bangladesh hosted an event Before I Die between Sept 14 and Oct 14 to encourage people to overcome the taboo of death and start to talk about it.

New West Hospice Society and Camp Kerry Community Choir co-hosted a River Walk for Hospice under the compassionate city banner. Local nurses and doctors set up to educate the community about difficult conversations, advance care planning, hospice at home, and the palliative approach.