The Dilemma of Family Caregivers — Support Is Always There, Accompanied with Gentle Support

The two words palliative care are easy to say, but it is actually quite a difficult task to complete. For family caregivers who have not received relevant professional training, they have to undertake the challenges brought about by this change, and at the same time, knowing that their normal routines will have major upheavals.

Whether it is the physical burdens, financial difficulties, or psychological pressures, everything is placed on the family caregivers, so that they have to remain afloat while being blown and swaying back and forth between expecting relief—such as when their loved ones finally pass—and fearing relief—such as when loved ones’condition improve for the near future but still requiring constant attention and care. Are these seemingly intractable problems really unsolvable? 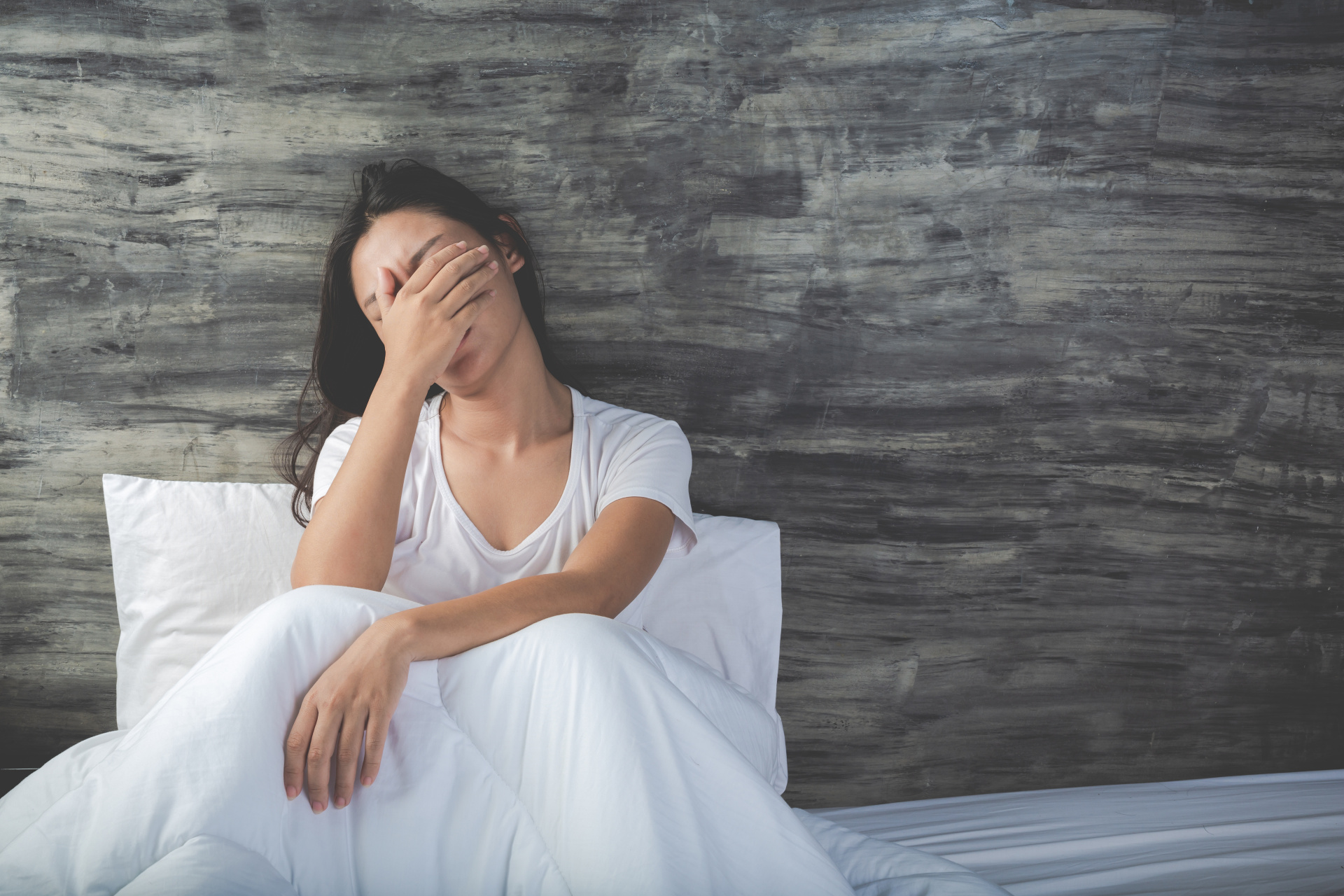 Whether in the ward or at home, Lin Chun-Lan, the chief nurse of the hospice team
at Saint Mary’s Hospital Luodong, identifies inescapable exhaustion as the most
common suffering for family caregivers.

"Whenever a new case is transferred to a hospice ward, we ask the family members what assistance they need. Most people tell us they have not had a good night's sleep in a long time," says Lin Chun-Lan. She further observed that under Image by Freepik the societal norm of low birthrate and dual salary structure, the burden of family caregivers is often placed upon the same person. As such, it is more common for the elderly to take care of the elderly and for the elderly to take care of the young. Especially as terminally ill patients encounter unpredictably changing conditions, the caregiver has to adjust and be alert every second, and thus, the result is many sleepless nights and constant
fatigue.

One can still receive a night of respite in the hospital, but how about when it is at home? Lin Chun-Lan just smiled slightly and answered, "The home hospice team must be sensitive enough to detect the needs of the caregivers, and ask social workers, psychologists and other professionals to intervene and assist when necessary."

However, the team also found that most people in non-metropolitan areas are simple people, and that they are reluctant to use most of the resources provided by either the long-term care 2.0 or social groups. Jian Shih-Ting, a shared-care nurse, said with a sad smile that it is also one of the main reasons that make these family caregivers fall into the abyss of exhaustion. "When we mention it, they always say that they don't need the resources, and that the resources should be given to those who need them more. However, according to our assessment, they are the people who really need them."

With the growing popularity of home hospice care, more and more family members are choosing to bring hospice care from the hospital to their homes. In order to allow patients to return home with peace of mind, the home hospice team provides additional, meticulous care. Lin Chun-Lan remembers the time a family brought the dying patient home, and when they realized that a needle had come off, they starting panicking. To comfort the family, hospice team members drove to their home. "It took two hours to go up the mountain, and so, the return trip took a total of four hours just to go back and forth. That’s a lot of time to help reposition the needle and calm the family."

Regarding this issue, MacKay Memorial Hospital’s home hospice team indicated that the home hospice team is indeed the strongest physical and psychological support for family caregivers. In addition, it also takes the role of detecting difficulties before they arrive. With the team’s systematic methods, they will put in a lot of time and effort during the first interview, piecing together the family profile of the case from the questions and answers in order to figure out the proper assistance they can provide.

"If it’s the symptoms of the patient's own disease, we will ask physicians to assist in adjusting medication or installing related nursing machines. If there are care-related problems, the nurses will assist in teaching. If it’s an issue of finances, we will ask social workers to assist in finding resources. And if it’s related to psychological problems, we will ask the psychologists for help,” remarks the senior nurse Xiao Zi-Yan, who has devoted herself to home hospice for many years. She also explained the various pressures facing the family caregivers and their possible solutions. However, she also admitted that more often than not, things are not always so simple to resolve, especially when it comes to psychological stress.

"Especially in caring for non-terminal cancer patients, because the course of the disease may be relatively long, the caregivers have to live with life restrictions and psychological pressure for a long time." Xiao Zi-Yan analyzes that when all the responsibilities of caring are on the same family member, the caregiver not only loses the freedom to live his/her life, but may also have to sacrifice work and even face alienation in relationships. As time goes on, they can't help but ask themselves, "How long will it be like this?"

There was once a wife who was taking care of her husband, who had suffered from colon cancer for many years. The physical and mental exhaustion brought about by the long-term care almost devoured her. She told Xiao Zi-Yan that sometimes when she heard the doctor say that an examination should be done, she would feel scared; not so much as to hearing the bad news, but to be told that the course of the disease might be improving.

When she spoke, her soulless eyes looked at Xiao Zi-Yan wearily, saying, "This would make my job of caring for him become even longer when I often secretly hope that he can go to heaven soon." 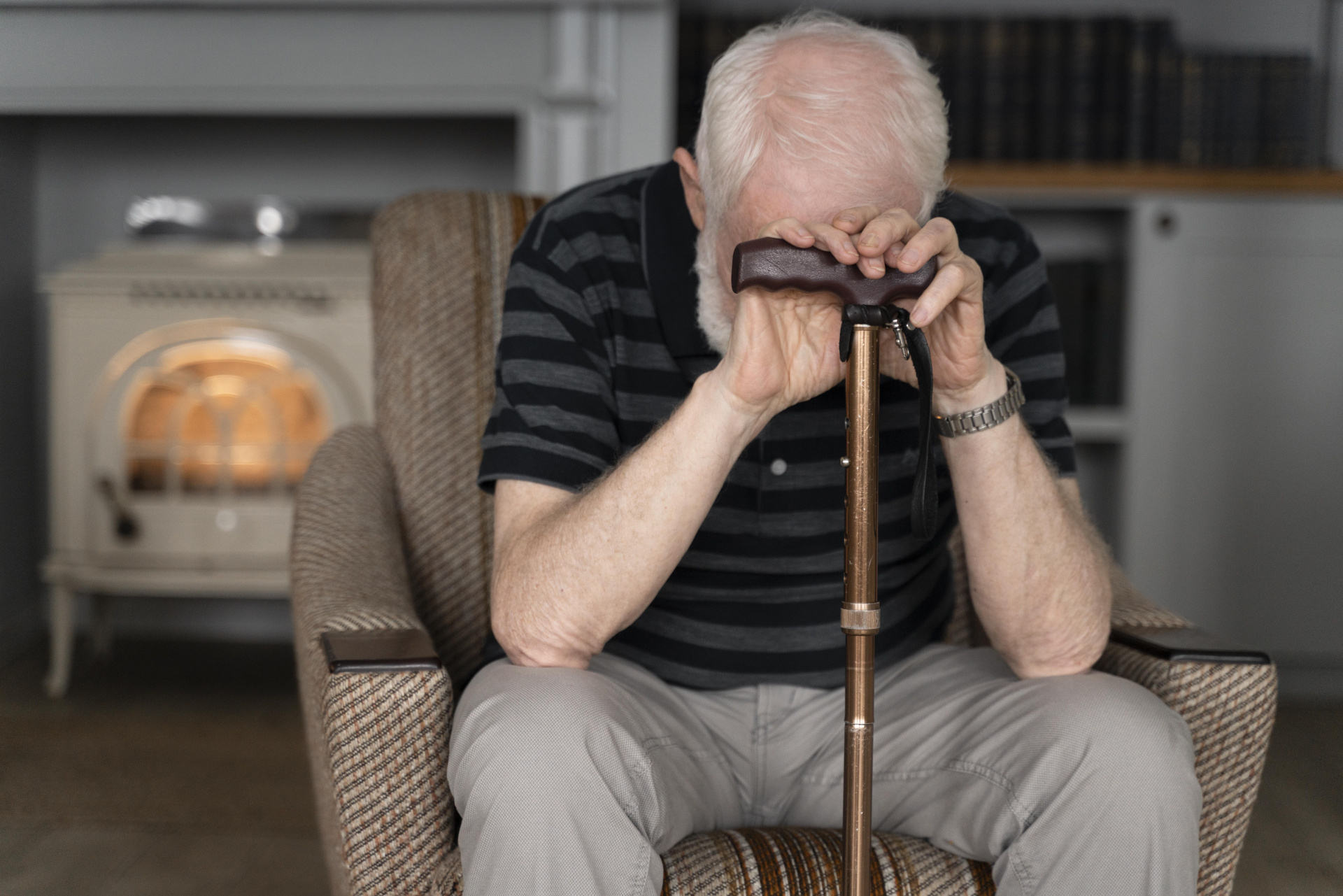 Xiao Zi-Yan has seen the exhaustion caused by long-term care, and among the cases under the care of another nurse, Li Yi-Yun at MacKay Memorial Hospital, she shares a particular case regarding early-onset dementia. It has been 16 years since the onset, and the patient has been bedridden for nearly 10 years and meticulously cared for by her husband. Although it is also long-term care, Li Yi-Yun sees a completely different scenario.

"The man is almost 80 years old, and even though he has a foreign domestic helper, he almost always takes care of his wife himself," Li Yi-Yun said with admiration. She had known this couple for two years already, and under the husband’s attentive care, the woman had never received any type of infection. “Whether urinary tract infection, or respiratory infection, or other types of infections, it never once happened to her! Even when the weather changed occasionally, and she caught a slight cold, her symptoms were quite mild considering her condition.”

Every day this husband brushes his wife's teeth. Occasionally, without the usual cooperation of his wife, it could take anywhere up to 10 or 20 minutes to complete the oral cleaning, yet they have never heard the husband complain. On a daily basis, he is consistently patient no matter what the situation. For example, one day when he was brushing his wife's teeth, he suddenly noticed that half of her tooth had fallen out, but he couldn't find it after searching for it in her mouth and rummaging through the bed. That’s when he panicked, and rushed to bring her to the hospital by the rehab bus for a check-up, simply because he was worried about what could happen if the tooth was unfortunately stuck in her esophagus or respiratory tract.

Everyone saw clearly his love for his wife, so when he proposed that unethical proposal to Li Yi-Yun, Li Yi-Yun was almost at a loss. He asked, "She is now fed through a nasogastric tube. If I don't force-feed or if I remove the nasogastric tube, will she starve to death?" Although he presented it as a question, he actually knew the answer already.

After in-depth discussion and understanding, Li Yi-Yun realized that the old man has reached an advanced age and his own health is gradually getting worse. He does not want to burden his two daughters abroad, nor does he want to leave his wife in a tragic situation Image by Freepik of poor care. He has obviously given it some thought for a long time so he was thinking, maybe when he becomes unable to take care of his wife, he would have to starve her to death first.

"Are you willing? You love her so much," Li Yi-Yun responded.

Unable to smile, the old gentleman replied with a lonesome voice, "It is because I love her so much that I can't bear to see her not being well taken care of. I think one day, I will have to do something."

Even now Li Yi-Yun is still trying to communicate with and assure the elderly gentleman, "Either way, we will definitely accompany you and your wife all the way to the end."

For the home hospice team, giving patients a sufficient sense of security is always the first and most important thing. Li Yi-Yun said with a smile, "As long as they don't feel alone and the support continues to help them, then they can pick up strength along the way and continue to move forward.”

Therefore, when taking care of these family members, hospice team members need to be both active and proactive. While discovering and solving problems, they also attempt to predict what may happen in the upcoming course of the disease, so that family members can be more prepared in advance regarding palliative care and psychology. At the same time, they provide a 24-hour dedicated line so that family members can find someone for comfort or assistance at any time.

"We have to take care of their needs and even their uneasy emotions at any time," says Ou Pei-Yi, a nurse at Saint Mary’s Hospital Luodong. She once encountered a primary caregiver who was always worried, saying, "If the mother was awake, he would be very worried whether he was be able to take good care of her; but if the mother slept for a long time, he would also worry about her. During these times, he often reached out and called us for support."

"We didn’t deny him, but affirmed his emotions and told him what the next step was and what to do," explains Ou Pei-Yi. Looking at such frequent emotional tossing with empathy, she concludes, "The patient's condition was terminal, and it’s quite natural and normal for the family to be in such an uneasy state.”

The life pressure and psychological adjustments faced by family caregivers often require long and substantial assistance. However, as time progresses, whether it is the governmental central policy or local related groups, the support systems deployed by them have blossomed everywhere. In the meantime, the training of the medical teams has also made the provided assistance more diverse and more comprehensive. Thus, the future looks bright as we look forward to providing adequate support of family caregivers with stability and tenderness. 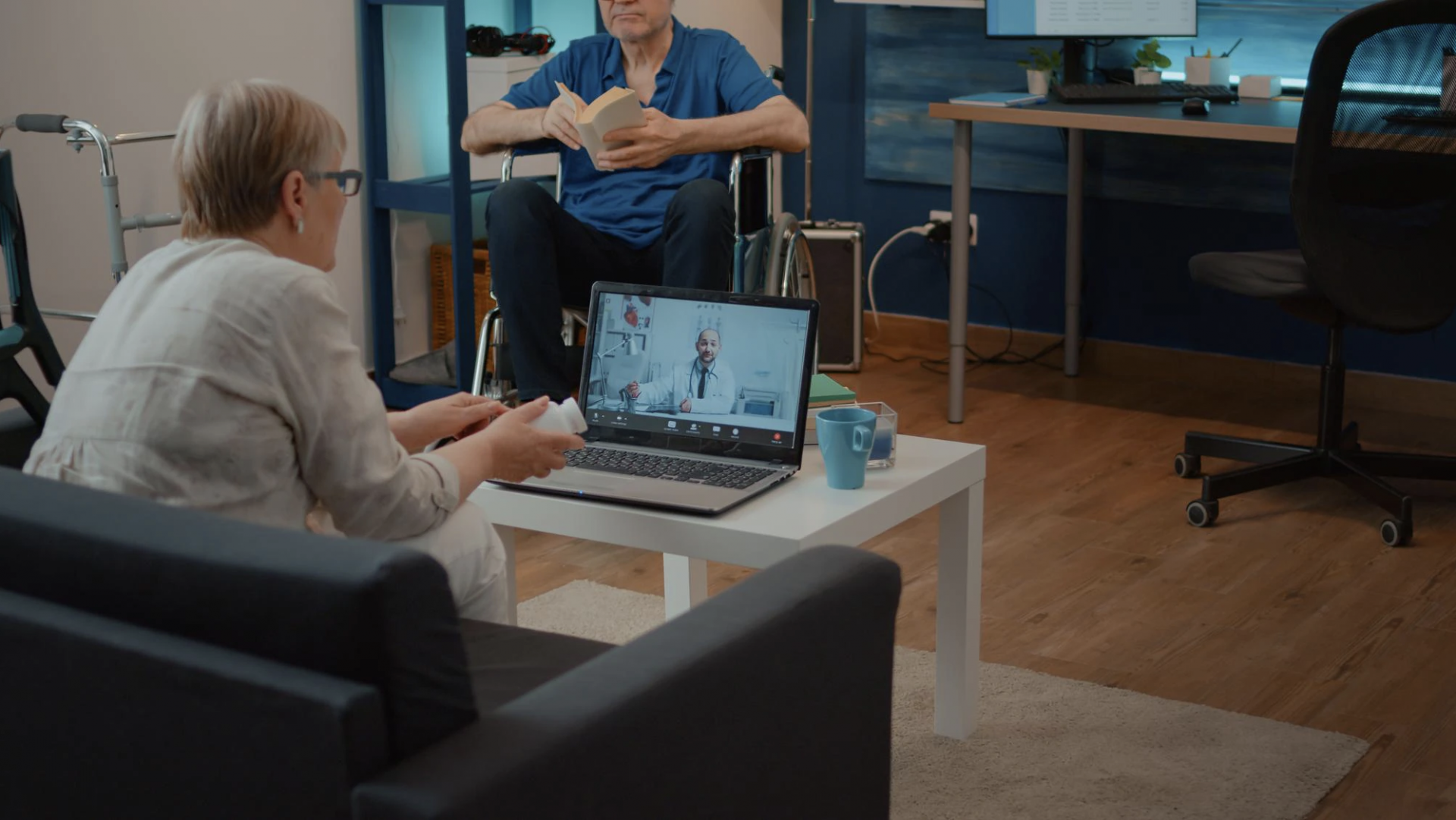