With this year’s World Hospice and Palliative Care Day (WHPCD) , Hospice Foundation of Taiwan would like to turn the public’s attention upon palliative care issues with the latest theater play After You Turn Away (當你轉身之後), adapted by Wu Nien-jen and directed by Wu Ding-qian.

After You Turn Away is an adaptation based on American playwright Margaret Edison’s play called Wit. Wit is a Pulitzer award winning play, and has been used for educational purposes for many medical schools around the world. The action of the play takes place during the final hours of Dr. Vivian Bearing, a university English professor, who discovers her ovarian cancer is in metastatic state and, after a series of painful treatments, finally dies. The play portrays the lack of humanity during her treatment, the communication gap between her and the physician, and the physical and spiritual suffering she endured.

Wu Nien-jen is one of the most famous middle-aged men in Taiwan. As long as you have your television on, you will see him vigorously participating in playwriting, directing, marketing and contributing to charitable causes. Now he has one more role to play, which is the spokesman for palliative care.

Growing up in a mining village, Wu thinks being a miner equates to bearing the highest risk of life. During his childhood, mining accidents were common and the whole village was under a vile of death. He says, “We were laughing and telling each other jokes in the morning, and you saw them lying flat being carried out of the mine in the afternoon.” He could never understand why a living man can disappear in just an instant. Furthermore, his most dreadful experience was not only the dead relatives disappearing, but their deaths also affected the living. For example, those whom he played with after school may one day have to leave the village, take over adults’ responsibilities, and start earning money for their families.

“I have seen life and death come and go since I was small, and I don’t feel strange about it. I know that death is waiting somewhere in the corners and will show up at any minute.” He has come to realize that fear does not slow the process of death, but that it is better to cherish and value the time we still have together while alive.

Wu says he holds steadfastly to his faith to live every day as if it is his last day, leaving no regrets in his life. “This seems like a very reasonable idea, but it is very hard to put into practice. My latest accident has helped me to comprehend this even more thoroughly. I started working since I was 16 years old, and I should really take some time for to relax and enjoy my life. It’s a good idea to get things done as soon as possible, as tomorrow might not come for you.”

Especially when Wu learned that the Hospice Foundation of Taiwan (HFT) is dedicated to ensure that everyone can leave this world with dignity and peace, he generously invited HFT to be the co-sponsor of this year’s play After You Turn Away to introduce and promote palliative care to the public. Additionally, he has volunteered to make charity advertisements for HFT.

Wu says to respect the natural course of life is not necessarily to end life in advance, but rather, it is to do everything possible to relieve the pain in order that the patient can say love, thank you, sorry and goodbye to their family with dignity and leave in peace. How wonderful it is to help the bereaved reorder their lives with courage!

Wu has already expressed his will to his son that he wishes to make his own decision when it comes to the end of life. He says, “If I am diagnosed with severe cancer, though my life can be extended for six months with the aid of intrusive treatment, all those bedding and tubing leaves me with no dignity and life quality. So, please, in my last remaining months, I don’t want any unfruitful treatment. I would rather take morphine to control my pain and live my last days with dignity and pleasure. That will be all.”

In the press conference of After You Turn Away, Wu tells his son that he doesn’t want his urn to be stored in some pagod  a, where his family and friends never have the time to visit. He would rather occupy a place in their hearts, which is enough.

Taiwanese society is now an aging society, and will soon enter the super-aging society. Palliative care and Advance Care Planning should both be promoted to every family, as people contemplate the decision they will make at the end of their lives. “When half of your life has already passed, you need to start thinking about end-of-life decisions. If you are worried or don’t know where to begin, you can consult Hospice Foundation of Taiwan, or call the toll free hotline 0800-008-520” says Wu.

Compared to the adapted play, Wu said the original play is rather cold, as Westerners are used to handling patient-physician relations with reason, but this is not the case for Taiwanese society. He made great effort on adapting the play to suit the Taiwanese audience, and has bestowed it with openness, warmth, and positivity. The result is that the patient can find love and warmth from the nurse and friend, and head toward the end of life with ease.

Wu hopes this play can encourage people to think more about life, and like the leading actress in the play, to view life with a sense of humor. He says, “When it comes to the end, pain is not the only thing there.” In Wu’s view, death is like an airport transit, a necessary journey to the other place. Only when people embrace death with an open heart can people learn how to respect life, accept death, and leave the world in peace.

After You Turn Away is presented by Greenray Theatre Company and has scheduled 15 performances all around Taiwan. Hospice Foundation of Taiwan will also be present to provide assistance and information. We sincerely invite you to see the show with a tender, open heart and think about your end-of-life decisions with an informed and clear mind. 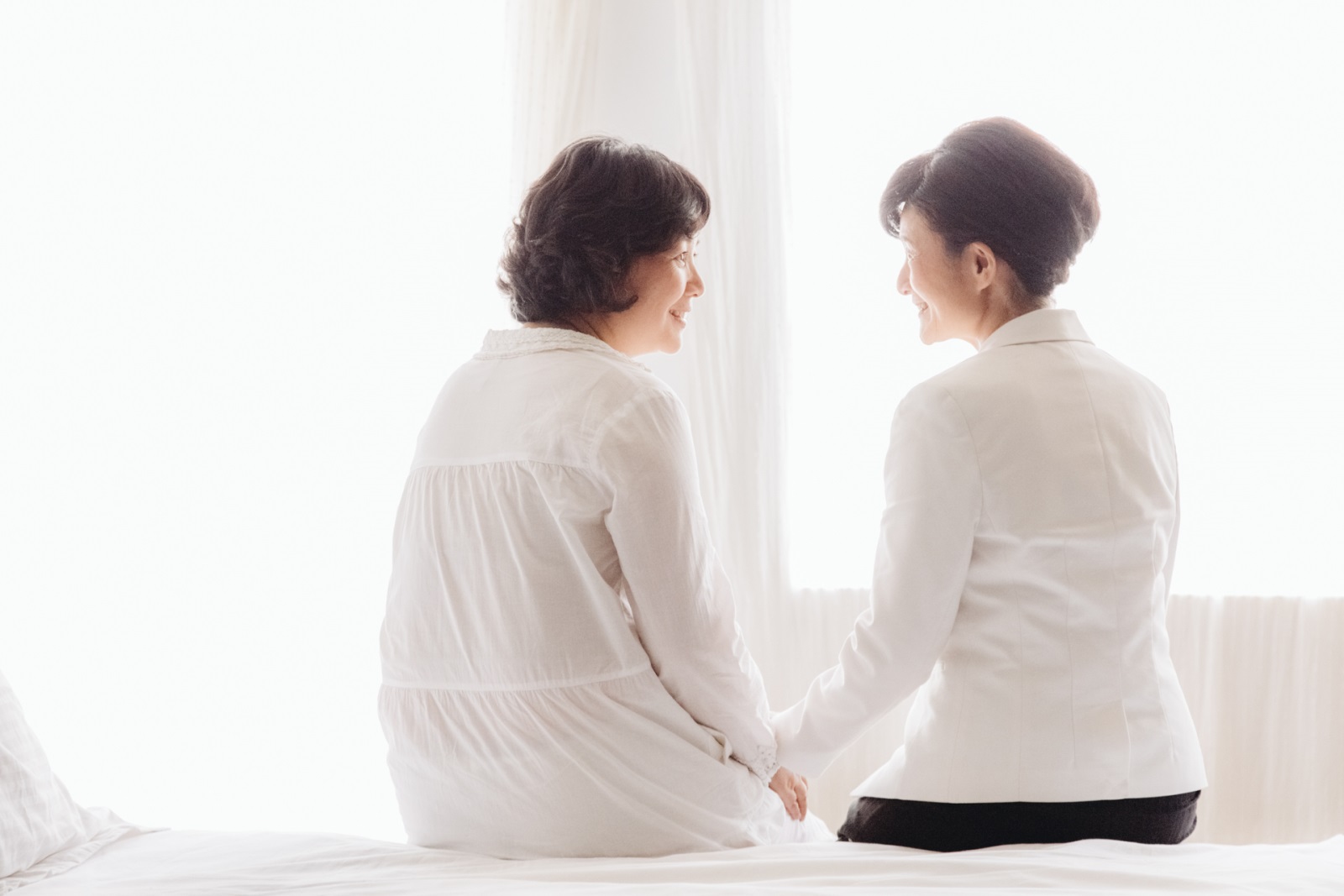