The beginning of systematic palliative care in modern medicine in Japan is a program in a Christianity general hospital, the Yodogawa Christian Hospital, Osaka, started in 1973. This is an organized care for terminally ill cancer patients, led by Dr. Kashiwagi, one of the pioneer hospice physicians in Japan. In the late of 1970 to 1980s, hospice movement is introduced, and initially Christianity hospitals develop a hospice care program. As the first palliative care unit (inpatient hospice), the Seirei Hospice was established in 1981, Shizuoka, belonging to a general acute hospital.

Palliative care is rapidly progressing in Japan, especially in oncology field after the Cancer Control Act, and evaluation and modification of these programs is undergoing. Our next important challenges are developing services and systems in 1) non-cancer palliative care, 2) community based palliative care and 3) quality improvement. In this opportunity, I am going to talk our current status and challenges from the society (JSPM) point of view. 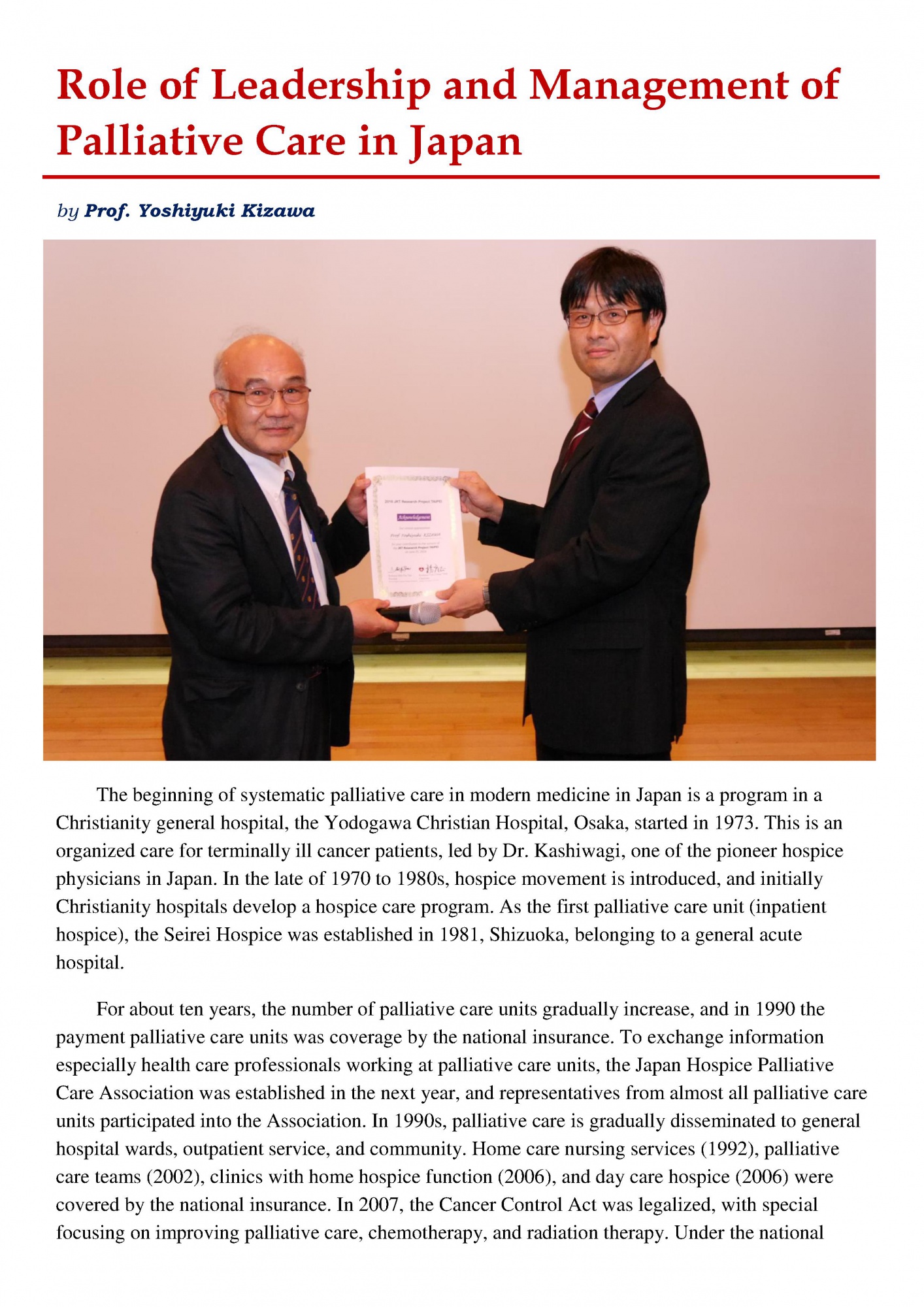 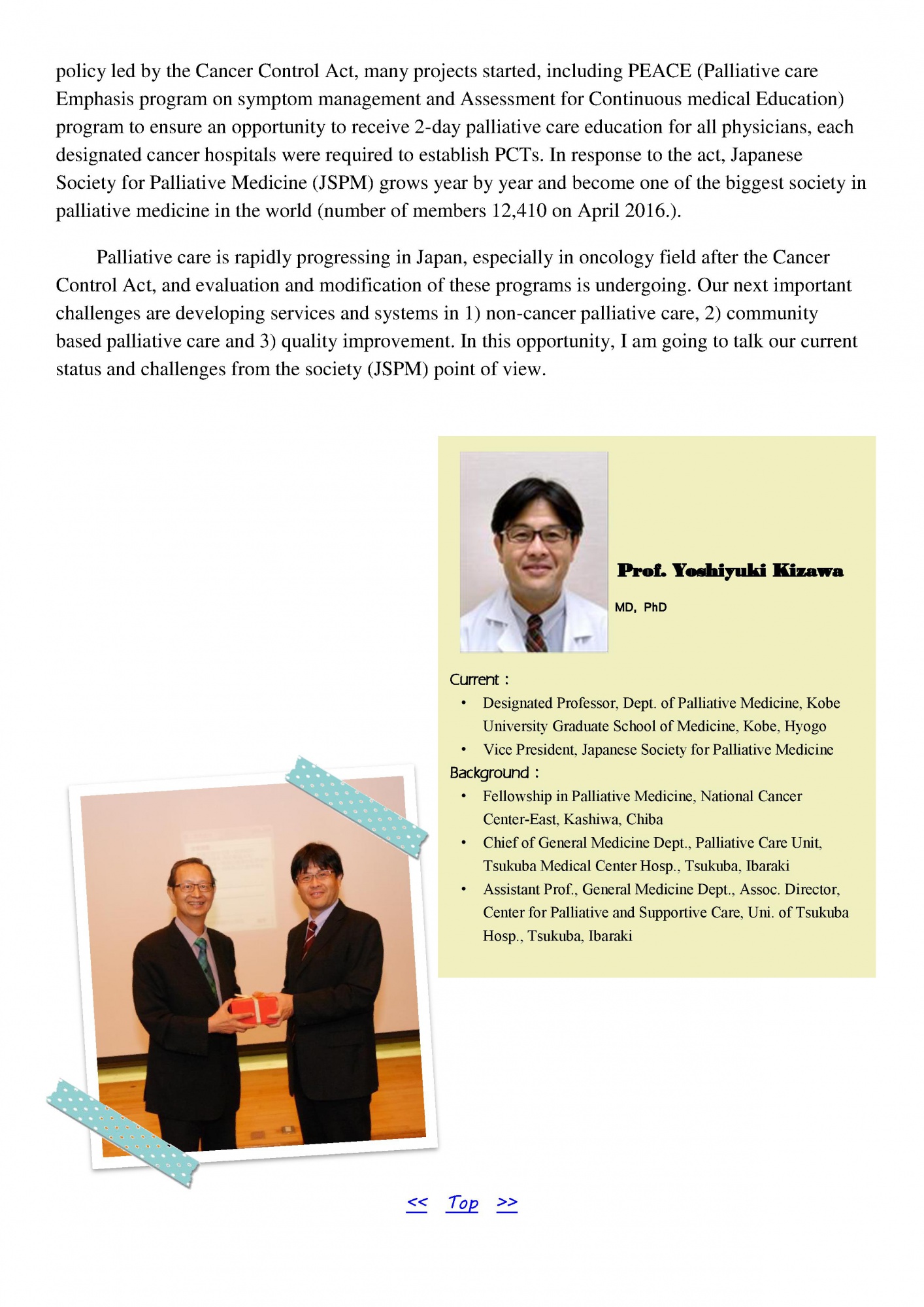